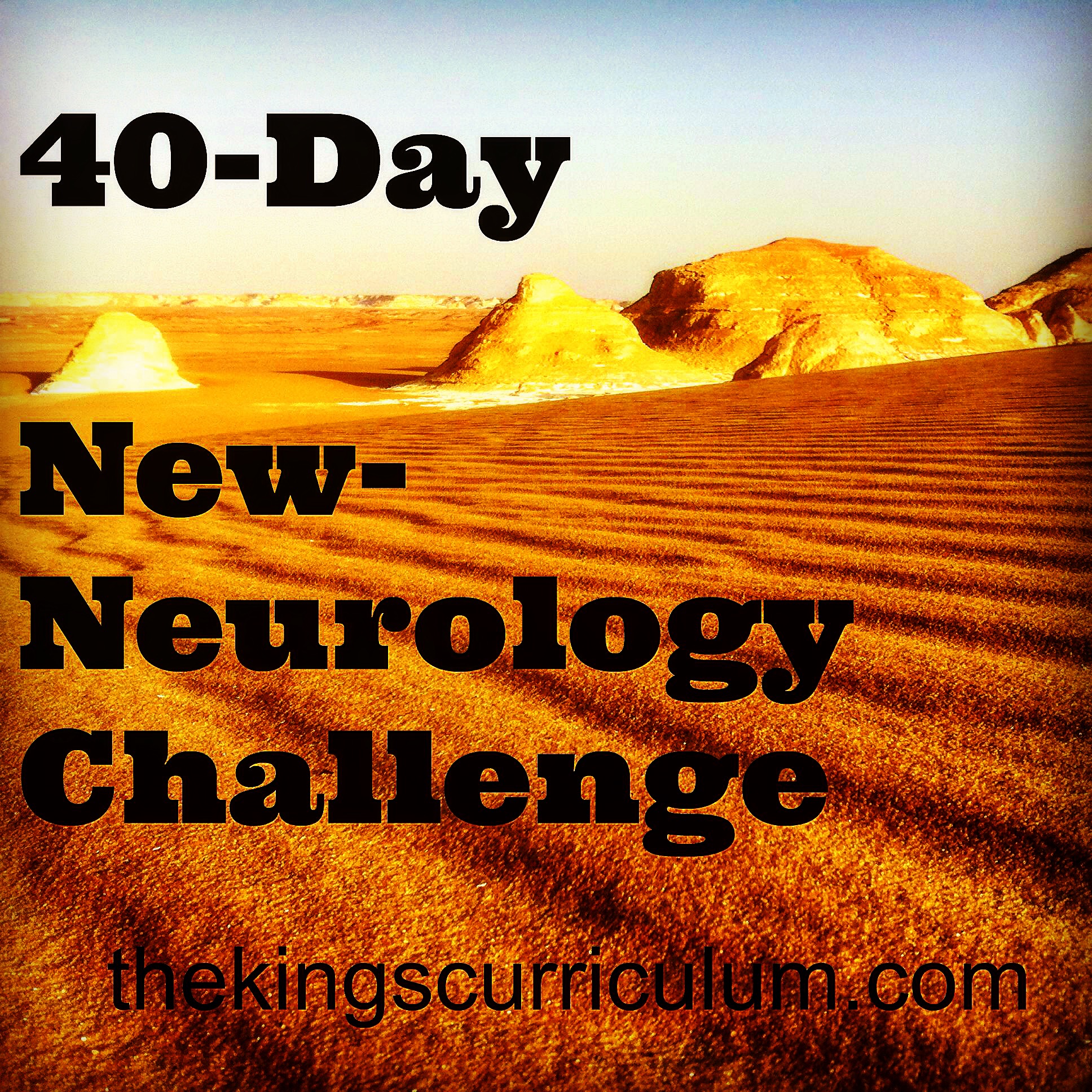 The Quest for something new is a quest for Life itself.

Without new experiences, life becomes just a re-run and soon succumbs to the weight of stagnation. However, with each NEW experience a person has, there is a correlating growth of new neural connections made within their brain.

Taken to an extreme, the narrow neurological ruts of habit and routine can have a limiting effect on the evolution of a person’s consciousness.

Our ancient ancestors conceived of life, and the human being symbolically, as a Tree (Yggdrasil) with many branches growing into multiple worlds.

Those branches are like the neural connections made by the mind, whenever we have new life experiences.

Yet even as new experiences instigate new neurological growth, they also can carry the seeds of possible destruction for a person’s existing model of the world.

Some new realizations can be quite devastating, the consequences of becoming conscious of previously hidden knowledge can, potentially, be quite disruptive. In life, there are some things that are dangerous for us to know, along with some experiences that are dangerous for us to have. This is especially true when a person suddenly becomes aware of a fact wholly unexpected and/or alien to their mental model of the world.

To protect ourselves from this danger, we as humans develop “safety-nets” of habit and routine around ourselves. This is one of the many ways we as humans seek to bring order to our lives.

When it comes to habits and routines, our unconscious mind learns from repetition. The more a person preforms an action, the less they have to think about it. The more it’s repeated, the easier that action becomes until, eventually, it becomes automatic.

This evolutionary development is a double-edged sword. A sword which great persons throughout history have learned to master. They accomplished this by learning to leverage the momentum of unconscious force that repetition generates.

We all know that “practice makes perfect,” that it helps a person to master a thing by training them to incorporate that skill at an unconscious level. Once this occurs a certain sense of unconscious grace can begin to permeate that action. But when the habit is not generating mastery of some useful action, but instead is generating momentum counter to a person’s True Will, then it becomes necessary to root out that habit.

It can be hard for some people to do this using will-power alone, because habits tend to function unconsciously, which means it’s often beyond the authority or control of conscious will. That is why many people struggle against the momentum of habits, often feeling defeated by a force they don’t quite know how to fight.

They make plans to bring an end to some unresourceful habit, only to relapse.

Like a web, habits can be connected to each other in such a way that one depends on another. Like removing a brick from the bottom of a wall, the absence of one habit can sometimes dislodge others.

If a person feels threatened by alterations in habit and neural familiarity, they may avoid change altogether. But that is just because “The Tree” does not want its branches hacked at. The branches are its life.

Knowing this, we must develop a strategy that gives the tree what it really wants: new life.

Branch-out. Like a viking, seek new horizons and expand into previously unexplored territories.

The more we do something, the easier it gets. During the 40-Day New Neurology Challenge we begin forming a new habit – the habit of doing something new.

Instead of just trying to stop an old habit, first practice altering how it’s done. In NLP it is sometimes said that the person with the most options wins. Flexible strength is about having options – the ability to cultivate a greater number of choices. As a person expands upon their available choices, they eventually discover something more valuable than the old routine – the real goal all along.

However, this is not easy. The whole time that a person is seeking this New Neurology, they are being chased by the “Phantom” of their past neurological preferences. This Phantom represents the soul-less shadow of automated behavior, a silhouette devoid of free-will, a zombie of pre-programmed options that pursues a person in all their usual places. The Phantom is a predator skilled in pattern recognition, it ruthlessly leverages moments of mindlessness when its prey is blinded by the comforting reassurance of familiar landscapes. The only way to outwit and out-maneuver this stealth predator is by consistently doing something new.

When a person first starts their initiation, this dangerous predator lingers constantly on their heels, waiting for them to slip, even if only for a moment – into a state of passive mindlessness.

If a person is to succeed in becoming a self-determined, self-actualized being, they must lose this “Phantom.” To do this you must avoid traveling your usual paths, straying from those typical, familiar places where The Phantom could be lying in wait.

It knows your habits, because it is your habits. The Phantom is lurking at your familiar watering hole, it knows your scent, the places you habitually occupy and at the habitual times. Like a vampire, it eagerly wishes to consume the life blood of the Individual – their free will.

Disrupt the prowess of the Phantom by outwitting it. To do this, start making new neural connections that will interrupt the reliable current of automated behavior that the Phantom uses to track its prey.

Unless a person makes space between themselves and the influence of the Phantom, their free-willed decision making process will be in danger of becoming subsumed to the long-running, rutted neurological pathways of automated and habituated behaviors. If the brain’s frontal lobe is confined to this kind of numbing inaction long enough, consciousness begins to atrophy and life degenerates into the dull momentum of meaningless routine – an internal stagnation that only accelerates the aging of mind, body, and spirit.

The great thing about long-running routines is that they build momentum with time – and it’s for that very same reason they’re dangerous. There’s always the danger we will become blinded by our own patterns and confined to a limited range of action.

In both the Art of War and the Art of Seduction, this tendency spells death.  As soon as a lover, or an enemy, knows our patterns and can consistency predict our moves, we’re done for, we’ve concede victory.

In order for a person to awaken their free-will and renew their lust for life, they must begin to take actions they’ve never taken before. Consider the 40-Day New Neurology Challenge as an opportunity to interrupt patterned behavior while learning to cultivate new choices.

This type of continuous growth is the trademark of Masters.

By behaving in a way that is inconsistent with their usual patterns, a person learns to enrich their model of the world.

With each stage of initiation a person’s Neurological Tree branches out.

The more branches, the more sites for fruit.

The more a person is willing to branch out and develop themselves neurologically through new experiences, the more avenues of expression they create for their innate genius to flow.

As your Tree branches and grows, a complex synergy develops.

Suddenly, a person’s mind begins making connections between distant concepts. This synergistic reflex develops into a web of understanding that only deepens with the addition of each new experience.

As a person branches-out and aspires to new experience, they grow in wisdom. As they do, the roots of their understanding grow deeper, providing a firm foundation for the fruits of this new gnosis to develop.

The 40-Day New Neurology Challenge is a fun and effective way to enhance your life as you grow new neural networks that act both as a stimulate to your free-will and as a tonic to your brain’s frontal lobe.

The purpose of this challenge is to prime a person’s neurological circuits, preparing them to create a new and expanded model of the world, one capable of becoming the framework for the emergence of a new order of consciousness.

In time, the Individual will understand this new order of consciousness to be the seed of a new solar system, one developing within themselves.

To avoid the danger and chaos that almost always accompanies the emergence of a new order, begin by taking appropriately sized steps toward reconfiguring one’s habits. In this way a person can more safely alter a habit without threatening it with outright extinction.

Enjoy refining how you walk, how you chew your food, your posture and your sex life.

Whatever you do, do it differently than you’re used to doing it, for 40-Days. You might be delightfully surprised by what you discover.

You might feel (neurologically speaking) like twice the person you were before the challenge. You might look back at that person 40-Days ago and say, “what a small, un-tested, closed-off person I seem to have been before I gained this new perspective.”

This is a new dawn, the experience of waking up.

In a very short period of time, altering what you do can become a fascinating quest, a mission to put your feet where they’ve never been before.

Like a child who explores the world and grows each day, experimenting with novel experiences helps a person to embody that youthful current that is always eager and asking “what’s next?”

The older we become, the more important it becomes for us to willfully cultivate this quality.

The 40-Day New Neurology Challenge can be treated as a sort of game, one where you try to notice how many different areas of life can be subtly altered.

During this challenge, a person’s mind is awakening to new possibilities, new experiences, new neurological branches and thus a new life.

Ultimately, the quest for new neurology is a quest for a more expansive, and thus more complete, conception of SELF.